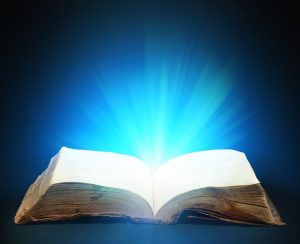 Sometimes we can feel overwhelmed with what it means to follow in the way of Jesus. We may think that if we become familiar with the entire Bible, then we will know what to do and how to live, but the Bible is a big book and parts of it may seem to contradict other parts; it can get complicated and challenging. On a recent retreat at St. Columba’s Episcopal Church in Inverness I picked up a book written by that church’s resident priest, Rev. Vincent Pizzuto. I have been reading short sections of this book, Contemplating Christ: The Gospels and the Interior Life, each morning during my devotional “chair” time and recently a story Pizzuto told really caught my attention. He recounts that during the time of the Desert Mothers and Fathers Abba Pambo, a young apprentice approached one of the Elders to learn a psalm. The Elder began to read from Psalm 39 but as soon as he completed the first part of the first verse, “I said, ‘I will guard my ways that I may not sin with my tongue;’” Abba Pambo departed without waiting to hear any more. Six months later when he visited the Elder again he was admonished for his long absence and Pambo replied that he had been gone so long because “he had given himself over completely to the one verse . . . but confessed that he had “still not been successful in fulfilling it.”
Vincent Pizzuto used this story to illustrate his belief that “Virtually every passage from Scripture contains within it the entire Gospel.” In order for Pambo to not sin with his tongue,
“he had to not think ill of [the other]. In order not to think ill of them, he had to not judge them. In order not to judge them, he had to be compassionate. In order to be compassionate, he first had to see his own need for compassion. In order to see his own need for compassion he had to admit of his own sinfulness. In order to admit of his sinfulness, he had to be humble. And in order to acquire true humility, he had to love God and his neighbor as himself. And upon this says Christ, ‘hang all the law and the prophets’ (Matthew 22:37-39).” (Pizzuto, page 33)
I think this idea that “Virtually every passage from Scripture contains within it the entire Gospel,” is worth contemplating. I’m sure we can all look for and find passages that refute this claim, but I encourage you instead to apply this thought to a favorite passage of yours. Rather than skip from one inspirational passage to another, try staying with just one for a period of time and see if it helps guide you more deeply in the way of Jesus.