The hardest sermon I ever wrote

Dan writes:
I’ve never made a secret of my commitment to total inclusion in the church. I don’t just mean our LGBTQIA+ siblings, but all those who are traditionally neglected or set aside or who get a “you’re really welcome here but not really and don’t mess the place up.” But in the aftermath of General Conference 2019, which will go down in infamy, I actually felt more inclined to shut up and let others speak. So when Pastor Kathryn asked me to preach on May 19th, I immediately determined to speak on something else. There’s a sermon I’ve long been wanting to give on “Colonial Christianity,” and with our recent Native American guest speakers, it seemed a perfect opportunity.

But then I took a look at the lectionery for the week. Peter’s dream in Acts 11. A new heaven and a new earth from Revelation 21. Jesus’ final commandment to love one another from John 13. And I knew–immediately and with certainty–that I had to speak about inclusion. Was that God talking to me? I think so. Or perhaps it was really me seeing those passages as a requirement to do what I may have really wanted to do all along. But my mind was immediately made up.

As I began to put the sermon together, it was HARD. That’s not usually the case for me. Usually the words just flow as I begin to gather images. The images are my only outline and only text, by the way. But this time, each one was a fight. Does this belong? How do I flow to this idea? Is this concept a dead end? I have never second-guessed myself so much.

However, I began to find some key images that would bring things together. Peter’s vision was the first, as he stares that snake in the face. 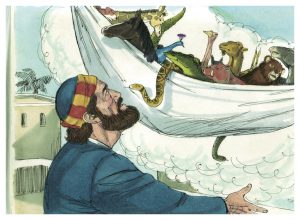 The picture of the delegates after the vote at General Conference–so much pain. And the vote itself. 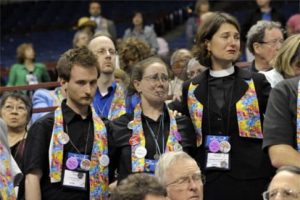 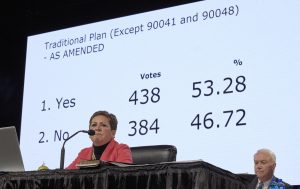 Take a deep breath–that one seems trivial, but it solved so many problems. 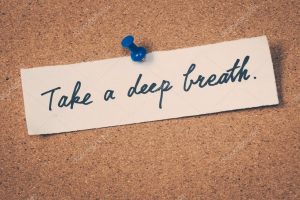 The “who belongs in our church” slide told me what I was really working toward. 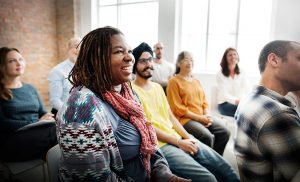 The marvelously mystical final slide–what are these joined hands creating? 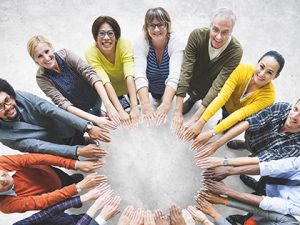 And suddenly it was done. Is it ready? Is it right? I don’t know. We’ll all find out Sunday.